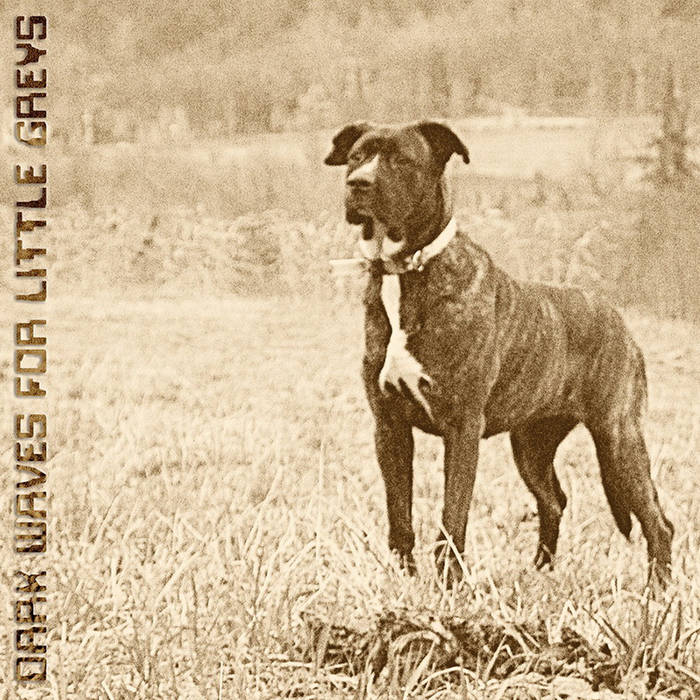 The album contains 29 tracks, edited on a double CD which comes in a 3 panels digisleeve, limited to 500 copies by Facthedral's Hall (FHcd14-2015).

TEXTURA (CA.), APRIL 2016:
"Operating out of the south of France, Facthedral’s Hall has been releasing music since 1997, all of it on CDR until now, with Deadrow77’s double-CD collection (500 copies available) the underground label’s first formally manufactured release. That’s not the only interesting thing about the project: the album’s twenty-nine instrumentals were recorded by Fabien Della Roma, a farmer who grows organic Saffron in the Oriental Pyrenees mountains, in his caravan using an Arturia MiniLab 25 synthesizer as the sole sound-generator. The majority of these spontaneous improvisations were recorded in a single take and have been sequenced in chronological order, the first CD presenting those produced in 2013 and the second in 2014.Each track is a self-contained electronic scene-painting of ambient-electro character; they’re mood paintings, too, that range between the darkest of excursions to ones of considerably lighter disposition. There are few dips in quality, and Deadrow77 guides us through everything from gothic cathedrals to underground caverns on this in-depth darkwave collection. He’s clearly got a gift for melody, and that each multi-layered production came into being as an improv makes the accomplishment all the more impressive. Titles such as “Ghost Trap,” “Carbon Circus,” and “Knockin’ D. Lynch’s Door” convey some of the tracks’ musical character all by themselves, and the arrangements are rich in sonorities, rhythms, and textures. From the jaunty (“Poob Knight”) and medieval (“Queen’s Death”) to the spacey (“Leaving Earth”) and meditative (“Birthnight Today”), the release has all the bases pretty much covered.The Arturia MiniLab 25 synthesizer obviously has much to offer with respect to the range of sounds that can be coaxed from it (one could be forgiven for thinking that a harpsichord’s featured in “Melancholia Tribe,” for example). Still, at 110 minutes there’s more Deadrow77 material here than one admittedly needs, and a single-CD overview drawn from the discs’ content would have sufficed. That being said, it’s hard not to be struck by the huge number of different song-like variations he’s generated on Dark Waves For Little Greys armed with nothing more than a single synthesizer and his own creative imagination."

CHAIN D.L.K. (U.S.A.), JULY 2016:
"Deadrow77 is Fabien Della Roma, a farmer who grows organic saffron in the Oriental Pyrenees mountains. And now, the album was not made exclusively using farm implements, but exclusively using a MiniLab 25 Arturia synthesizer. This is the second release by Deadrow77, the first going all the way back to 2005, called ‘Mi-Figue/Mi-Raisin’. Man, that was a long time ago. I haven’t heard that one, so I can only tell you about ‘Dark Waves for Little Greys’. It’s a double album (2 CDs) comprised of 29 instrumental pieces. Don’t let that doggie on the cover fool you; I can’t find any connection with the animal and the music. The label, Facthedral’s Hall, describes the music as “a mix of of electro-ambient, electronica, dark, cosmic, psychedelic, tribal, medieval…” In places that may be true to some extent, but overall, that seems like a stretch. What you’re really getting is simple, quirky, melodic synthesizer pieces, with a slightly dark tone. Now the impressive thing is that the majority of these spontaneous improvisations were recorded in a single take. When you consider that, it makes a big, big difference. The CDs are ordered 2013 (CD1) and 2014 (CD2), which I would assume to reference when they were composed. Some of the track titles pay up the whimsical quirkiness as well – “My First Caroussel,” “Blind Tightrope Walker,” “Pariah’s Groove,” “Knockin’ D. Lynch’s Door,” “Psychic Bleeding,” “Sabatik Salsa,” “Birthnight Today,” “Carbon Circus,” and others. As for what it sounds like, well, imagine if you will, a instrumental collaboration between Tonto’s Expanding Headband (Malcolm Cecil & Robert Margouleff) and The Residents. It might sound something like this. The melody and structure is ultra-simple, but there is a wide variety of sounds employed. Often there is rhythm but it is electronic rather than any conventional drums or drum machine. Some of these melodies sound very serious, while others are sort of goofy. Circus fantasy, carnival, medieval, klezmer, Kraftwerk, and numerous other influences are at work here. To some extent, certain forms hearken back to the electronic experimentalism of the 70’s and 80’s. There is one track (“TechNoLogic Future”) that utilizes a similar rhythmic impetus as Wall of Voodoo’s “Ring of Fire.” Occasionally some of the electronic sounds employed resemble real instruments, but mostly it does not stray from its synthetic origins. Undoubtedly the listener will find some compositions more interesting than others. Due to their completely improvised nature, some tracks sound more like ideas for songs (demos) rather than completely fleshed-out songs. Still, it might serve well as background music for mimes or other non-verbal theatrical pieces, maybe even animation. It’s possible that the album could have been distilled down to a single CD’s worth of the best stuff, but the buyer who’s looking for the most bang for the buck should be amply rewarded. If you’re into peculiar melodic synthesizer compositions, then Deadrow77’s ‘Dark Waves for Little Greys’ is for you. Limited to 500 copies. 3,5/5"